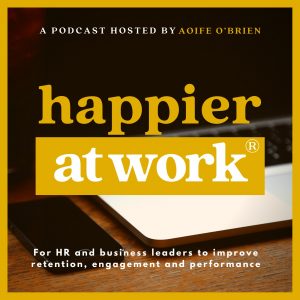 This week, Aoife is serving up a challenging and thought-provoking solo episode focused on talent management, inspired by a college lecture-discussion she took part in a couple of years ago. In this episode, Aoife explores organisational performance and the measurements of talent in the workplace, unlocking our fullest potential and excelling in our career, and probes the question; is everyone good at something? The main points covered include:

– The bell curve: measuring employee performance.
– Favourable treatment and equality at work.
– Unlocking your key strengths and finding your career purpose.
– The importance of giving people the chance to excel.
– The damages a lack of employee recognition can cause.
– The concept of the Peter principle.
– Bluffing your way in business.
– How to identify your strengths and potential.
– Managing high performers and underperformers.

THE LISTENERS SAY:
Do you have any feedback or thoughts on this discussion? If so, please connect with Aoife via the links below and let her know. Aoife would love to hear from you!

Previous Post: « 110: The animal within: awakening our natural leadership with Beth Anstandig
Next Post: Mental Health Care in the Workplace: Why We Need It »